Seite 3 von 5<12345>
UNMISS in Juba and Professor Karl Wohlmuth from the University of Bremen agree to cooperate on assessing the developments in South Sudan:

Professor Karl Wohlmuth from the University of Bremen and UNMISS (United Nations Mission in the Republic of South Sudan) have agreed to cooperate in assessing the situation with regard of peace, security and development in South Sudan. UNMISS has a mandate since 9 July 2011 to consolidate peace and security and to establish conditions for development (see the link to UNMISS: http://www.un.org/en/peacekeeping/missions/unmiss/). Professor Karl Wohlmuth and a representative from UNMISS have recently agreed in Bremen to exchange information and to assess the situation in South Sudan. Professor Wohlmuth works since 1978 on development in Sudan, researching on economic development and the political economy of Sudan. Since 2005 the professor researches on the implications of the Comprehensive Peace Agreement (CPA) between the North and the South, and since 2011 he works about the modalities of a strategic cooperation between Sudan and South Sudan (see the link: Sudan Economy Research Group/SERG and the project Economic Policies in Sudan after the Referendum of 2011). Recently a documentary film by ARTE has shown the tremendous difficulties to establish the foundations for a viable state of South Sudan (see the link to the film by ARTE: http://www.arte.tv/guide/de/045315-000/suedsudan-geburt-eines-staates#details-photos, and see also the Documentary Film "South Sudan - Birth of a State"). Any progress will depend on a strategic cooperation between Sudan and South Sudan as the border region between the two countries is so important for peace, security, growth  and development in both countries.

This is the title of Unit Three for the forthcoming volume of the African Development Perspectives Yearbook with the title "Macroeconomic Policy Formation in Africa". The Editors of the Yearbook took the event of South Sudan's Independence on July 9, 2011 as an obligation to plan for a whole Unit on the Sudan and the South Sudan for the new volume of the Yearbook. As the separation of the South is of tremendous importance not only for the two countries Sudan and South Sudan but also for the whole continent of Africa, the Editors have invited leading researchers from the University of Khartoum, the University of Kassala (both in the North) and the University of Juba (in the South) to write on the macroeconomic policies and the macroeconomic policy formation processes of the two countries. Dr. Dirk Hansohm, Macroeconomic Advisory Services Nairobi, Kenya, currently working as a consultant in Khartoum, a former member and collaborator of the Sudan Economy Research Group (SERG) at the University of Bremen, also has contributed to the Unit Three. While the essay on the Sudan considers the macroeconomic consequences of the secession of the South, based on an analysis of the major economic problems and shocks of Sudan since the 1970s, the essay on the South Sudan concentrates on establishing fiscal planning and building fiscal management as cornerstones of macroeconomic stability. Macroeconomic aspects of the two countries are considered by all the authors with having a longer run view in mind (see the Synopsis of the new volume of the African Development Perspectives Yearbook).

The Unit Three is also a contribution to the understanding of the economics of post-conflict countries in Africa. It came out from the two papers that despite of quite different endowments and initial conditions the two countries have to pursue similar economic policies so as to strengthen the weak economic policy institutions, to redirect production and exports towards diversification, to lay the foundations for macroeconomic stability and fiscal decentralization, and to establish basic social policy systems. As well the huge defense sector in both countries has to be scaled down because of the fiscal burden and the diversion of resources from productive activities, especially agriculture and manufacturing. The abundant natural resources in the two countries could be used more fully by appropriate strategies. New economic strategies and macroeconomic policies have to be based fully on a medium to long-term planning approach, and growth and employment diagnostics approaches are recommended to enhance local development. Professor Karl Wohlmuth introduced the Unit with an essay on New Economic Policies for Sudan and South Sudan and the Need for a Strategic Economic Cooperation. Five elements of a new macroeconomic policy framework were outlined for the two countries, and the contours of a Border States Development Programme (BSDP) were discussed. Such a programme should guide the  development of the now eleven states in the North and in the South along the international border between Sudan and South Sudan. This programme would allow it to develop the abundant natural resources in the area to the benefit of the people in both countries.

In the new research report Sudan Economy Research Group Discussion Papers Number 40 Professor Karl Wohlmuth analyses the future of economic cooperation between Sudan and South Sudan. The report is based on the Keynote Lecture at the International Sudan and South Sudan Studies Conference 2012 at the University of Bonn. The Report is an extension and update of the former paper presented at the conference (Link: http://www.iwim.uni-bremen.de/publikationen/pub-sudan.htm ). 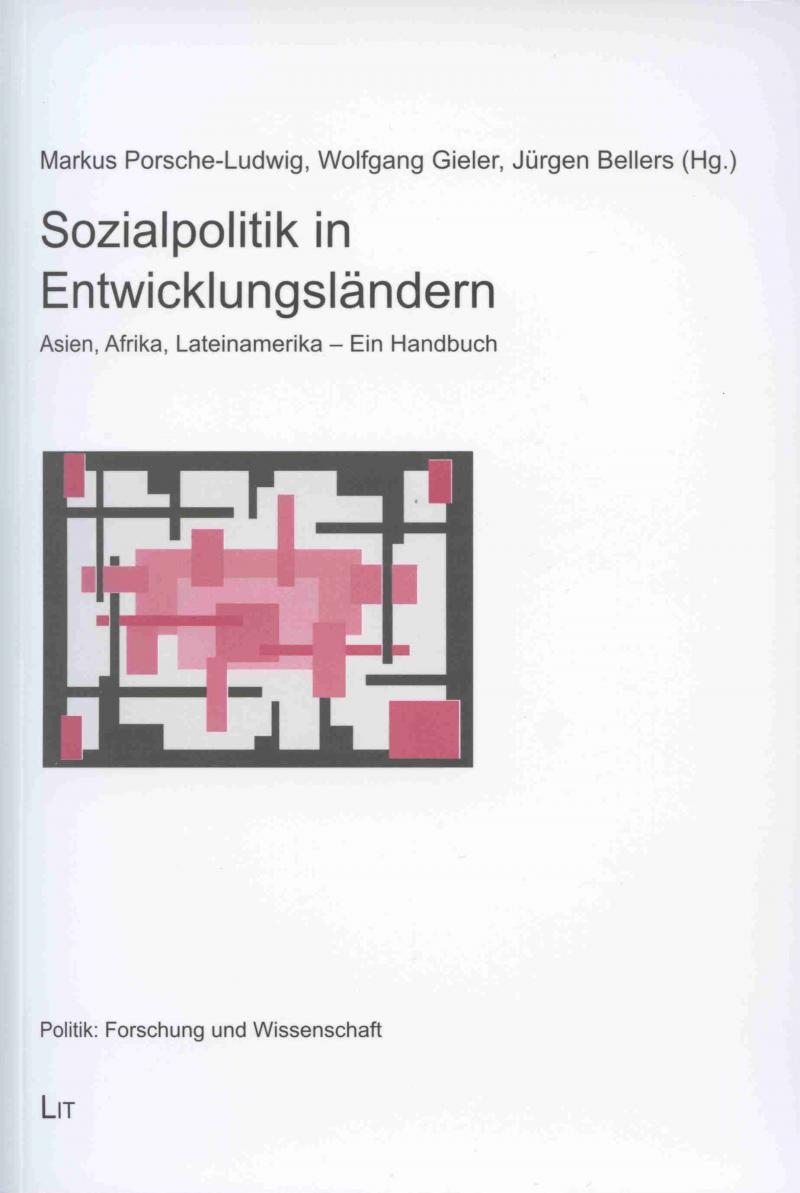 in: Social Policies in Developing Economies - A Handbook, Berlin 2013)

Economic Policy for Peace, Development and Cooperation between Sudan and South Sudan

Economic Policy for Peace, Development and Cooperation between Sudan and South Sudan:

The theme Economic Policy for Peace, Development and Cooperation between Sudan and South Sudan as submitted to the conference is based on the recent research work by Professor Karl Wohlmuth on Strategic Economic Cooperation between Sudan and South Sudan (see about the research program and the research output the link: http://www.iwim.uni-bremen.de/EconomicPoliciesInSudan.htm).

Researches on the Sudan at the University of Bremen have a long history dating back to the year 1978 (see the list of selected publications of the Sudan Economy Research Group/SERG with the link: http://www.iwim.uni-bremen.de/files/dateien/1535_serg_38_2_2011.pdf). 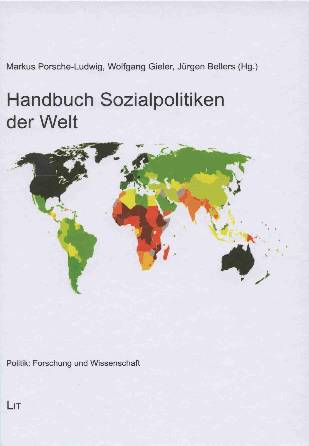 in: Handbook Social Policies of the World, Berlin 2013)

This was the title of the plenary lecture given by Professor Karl Wohlmuth at the Sudan/South Sudan conference in Hermannsburg which took place from October 31-November 2, 2012 (Link Final Conference Programme). Professor Wohlmuth presented in his lecture five criteria for sound economies and sustainable economic policies in Sudan and South Sudan:

First, macroeconomic stability has to be provided. Because of the stop of oil production in January 2012 by the government of South Sudan the macroeconomic instability problems were even aggravated in both countries and they are still severe.

Second, a medium term public finance framework is needed for both countries, especially so because of the volatility of oil revenues and the low importance of non-oil exports. Such medium-term public finance frameworks are not in place, and there is no Permanent Fund/Permanent Income approach at work to smooth the expenditures from the oil revenues towards stabilization and long-term development objectives.

Third, a redirection of exports towards non-oil products is needed in both countries. However, the time since January 9, 2005 (Comprehensive Peace Agreement) was not used in the two countries for generating non-oil exports. Despite of the huge agricultural resources and the agro-industrial opportunities, both countries are large-scale food importers.

Fourth, effective social safety nets are needed to protect the poor and the poorest, but also the middle class which became impoverished in recent years, as the available rudimentary social safety systems have rather deteriorated. Public interventions in health and education sectors as well as towards the functioning of the labour market were highly inefficient and ineffective, and macroeconomic policies were not pro-poor.

Fifth, effective reductions of horizontal and vertical inequalities are requested but the reality in both states is that the regional imbalances and the income inequalities have rather increased. This has repercussions on political stability in both countries and on the perspectives of cooperation in the border-belt. 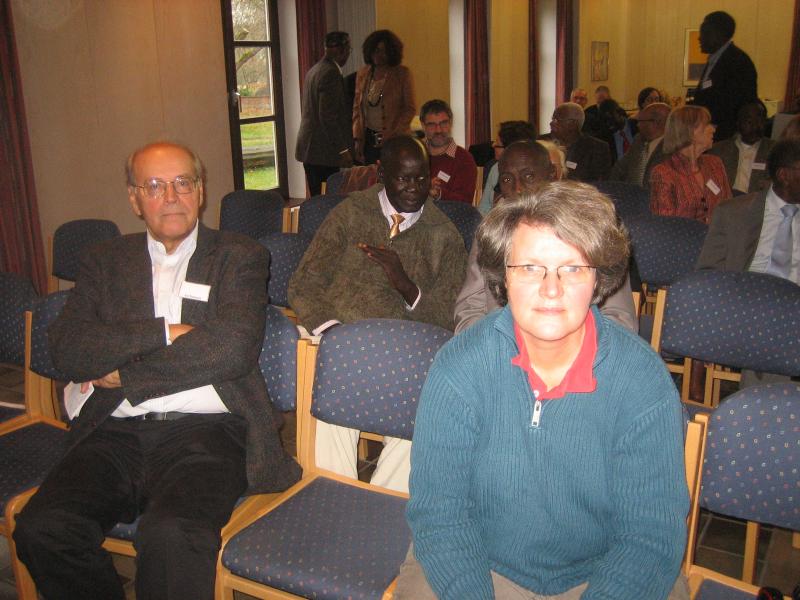 Professor Wohlmuth also commented on the Nine Agreements between the two countries from September 27, 2012 at Addis Ababa and on the future tasks to promote a strategic economic cooperation between Sudan and South Sudan. Five core programmes for a strategic economic cooperation were presented (see PDF Sudan-South Sudan-Conference Presentation). Other contributions to the Conference were made by the Chairman of the Anti-Corruption Commission in Juba, South Sudan on the fight against corruption in South Sudan, by the General Secretary of SPLM/N on the situation in Darfur, South Kordofan, Blue Nile, and Khartoum by highlighting the perspectives for peaceful solutions. The former head of UNMIS in Juba spoke on national and regional challenges for the two states and the role of outsiders. The current situation of Abyei area was considered by a Member of the South Sudan Parliament representing Abyei in Juba. 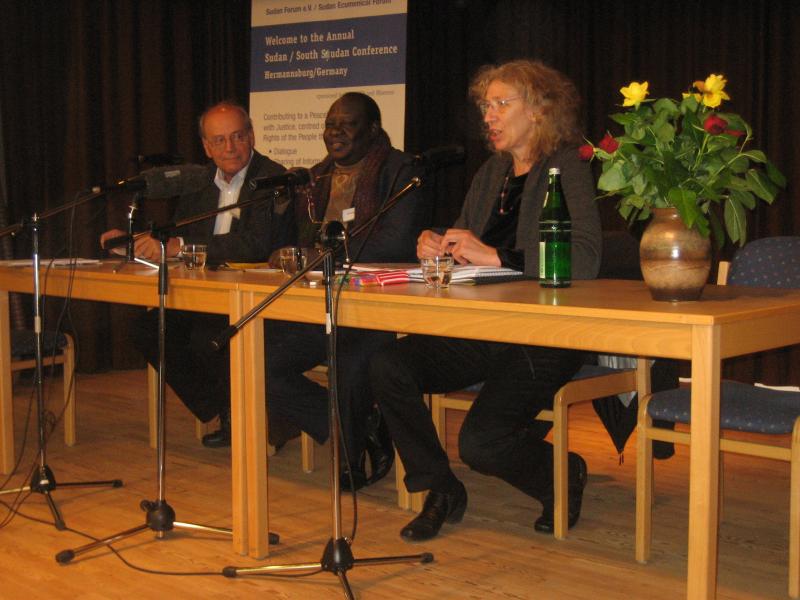 The conference was attended by around 120 participants, among others by representatives of the civil society of Sudan and South Sudan, by regional and international church organizations and NGOs, by government organizations and ambassadors of Sudan and South Sudan, by media people and researchers on Sudan, by members of the German parliament, by the donor community, and by representatives from the SPLM/N speaking for ethnic and disadvantaged groups in South Kordofan and Blue Nile States. The Conference Communique (see Communique Hermannsburg Conference) presents a call for peace, reconciliation and good neighbourliness. The communique emphasizes also: "To avoid new conflicts and ensure sustainable peace, natural resource management and equitable sharing of resources should be a top priority at all levels in society  starting from the bottom-up. Oil is a key element, but a sound economy needs to be built on diversified sources of income. A strategic approach for economic relations between Sudan and South Sudan, with a special focus on the border areas, could help to safeguard peace and good neigbourliness. However, a prerequisite is to immediately address the needs of the people, and the end of armed conflicts."

This Sudan/South Sudan Conference was the 25th in Hermannsburg which was directed by Marina Peter and Hermann Hartmann (see the leaflet informing about these 25 conferences: Leaflet Hermannsburg Conferences).