Governance and Social Action in Sudan 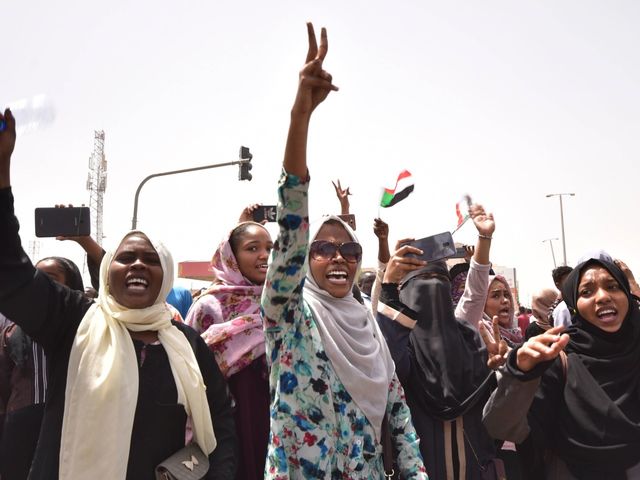 Two Policy Briefs on the State of the Sudanese Economy


Mohammed Elhaj Mustafa Ali presented two Policy Briefs on the current economic situation of Sudan. Mohammed Elhaj Mustafa Ali is a Lecturer of Economics at the University of Kassala. He is author of an essay for Volume 20 of the African Development Perspectives Yearbook, dealing with knowledge spillovers from multinational corporations’ affiliates in Sudan. He has obtained his Ph.D. in Economics from the University of Gezira, Sudan. The two Policy Briefs were accepted by the Sudan Economy Research Group (SERG) as inputs to the current policy debate about new economic policies for Sudan.

See the short Summary below:

The full paper is available as a PDF (see: Ali-Policy Brief-Youth Unemployment)

Policy Brief Two, May 2017: Foreign Direct Investment in Sudan: The Measures to Increase Inflows and Getting Full Benefits

See the short Summary below:

The Africa Capacity Report 2017 with the title “Building Capacity in Science, Technology and Innovation for Africa’s Transformation”

The Africa Capacity Report 2017 with the title “Building Capacity in Science, Technology and Innovation for Africa’s Transformation” is the major annual publication of the African Capacity Building Foundation (ACBF). Professor Dr. Samia Satti Nour from the University of Khartoum is a leading international expert on Science, Technology and Innovation (STI) policies. She was invited by the ACBF to be a key consultant for this project. She has drafted major chapters of the Africa Capacity Report 2017 (ACR 2017). The ACR 2017 investigates in various chapters the capacity gaps in Africa and especially so in the STI systems of Africa. In the chapter one of the report the Africa Capacity Index 2016 is presented, mentioning the top performers and the low performers. An Overview section  and a Summary and Policy Recommendations chapter give a balanced view of the capacity developments and gaps in Africa and especially in the STI sectors. The ACR 2017 is rounded up by STI Annexes, African Capacity Indicators, and a Compendium of Statistics.

See on the Yearbook Series: http://www.iwim.uni-bremen.de/africa/africanyearbook.htm 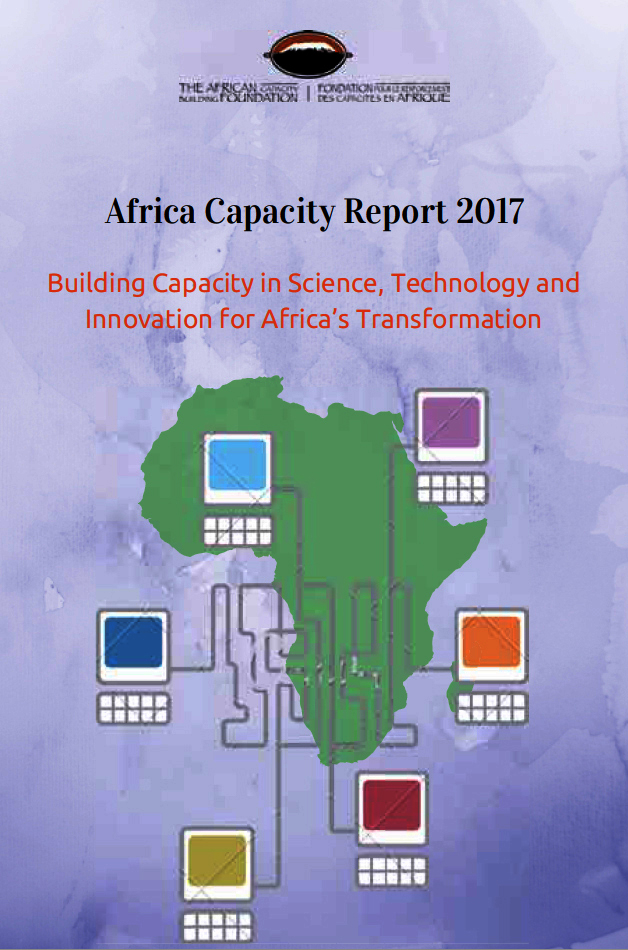 Atta El-Hassan El-Battahani and Hassan Ali Gadkarim are the authors of a study on “Governance and Fiscal Federalism in Sudan, 1989-2015: Exploring Political and Intergovernmental Fiscal Relations in an Unstable Polity”. Both researchers have working relations with the Sudan Economy Research Group (SERG) in Bremen and the Governance Sudan Project (GSP) of IWIM which was funded by the Volkswagen Foundation.

The Sudan Report | March 2017 with the title “Governance and Fiscal Federalism in Sudan, 1989–2015: Exploring Political and Intergovernmental Fiscal Relations in an Unstable Polity” by Atta El-Hassan El-Battahani and Hassan Ali Gadkarim was published in March 2017 in Bergen by the Chr. Michelsen Institute (CMI Report no. SWP 2017:1).

From the Chr. Michelsen Institute (CMI) about the Report:

This report analyses the implementation and impact of decentralisation in Sudan: To what extent have the efforts to implement decentralisation policies actually devolved power and fiscal resources to sub-national levels, for the benefit of the local populations? The present research confirms what other studies have concluded: that in Sudan the centre remains the ultimate arbiter when it comes to the distribution of economic and political resources between the centre and local states and regions. Economic control and fiscal transfers in Sudan remain relatively centralised. There is no systematic relationship between actual transfers to states and poverty reduction. Government expenditures for states have increased at the same time that state-generated revenues have decreased, and a fair and equitable system of fiscal equalisation and gap-filling is absent. Finally, there exists a mismatch between fiscal decentralisation and the political set-up. The prevailing features of governance in Sudan do therefore not embrace genuine political and fiscal decentralisation.


14.12.2016
How The Military And Other Armed Groups Profit In The MENA Region, with a Case Study on Sudan

A new study edited by Elke Grawert and Zeinab Abul-Magd highlights the role of “Businessmen in Arms” for the MENA region (including countries such as Egypt, Pakistan, Turkey, Iran, Jordan, Sudan, Yemen, Libya, and Syria). The comparative study was published by Rowman & Littlefield (See Contents and Cover). The contribution on Sudan was done by Professor Atta El-Battahani, a long-term co-operator of  IWIM during the years of IWIM’s “Governance and Social Action in Sudan” project. The project lasted over five years and was supported by the Volkswagen Foundation; it was directed by Karl Wohlmuth and Elke Grawert. Elke Grawert is now Senior Researcher with BICC/Bonn International Center for Conversion in Bonn and Senior Lecturer at the University of Bonn (Link: https://www.bicc.de/about/staff/staffmember/member/46-grawert/ ). In this book the role of military businesses, the economic interests of retired military officers, and the web of funding of non-state armed groups in these countries are analysed.

In the chapter on Sudan, a broad historical overview of the interactions between military and businesses is presented and the political consequences of the transformation of the Sudanese Armed Forces  (SAF) are outlined. The role of the military in the various political regimes and phases of development in Sudan (up to the oil export economy since 1999 and the South Sudan separation in 2011) are presented. See the excerpts from the contribution by Professor Atta El-Battahani in the book (Link) and the related short study “The Sudan Armed Forces and Prospects of Change” which was worked out for CMI/Chr. Michelsen Institute in Bergen (Link: https://www.cmi.no/publications/file/5790-the-sudan-armed-forces-and-prospects-of-change.pdf ). The “CMI Insight” concludes that the current regime has led to ambiguous effects with regard to SAF; it expanded SAF’s role in the economy and in business, while at the same time it weakened it as a professional army. The consequence is that these features make predicting which role the military may take in political affairs of Sudan in the future very difficult. 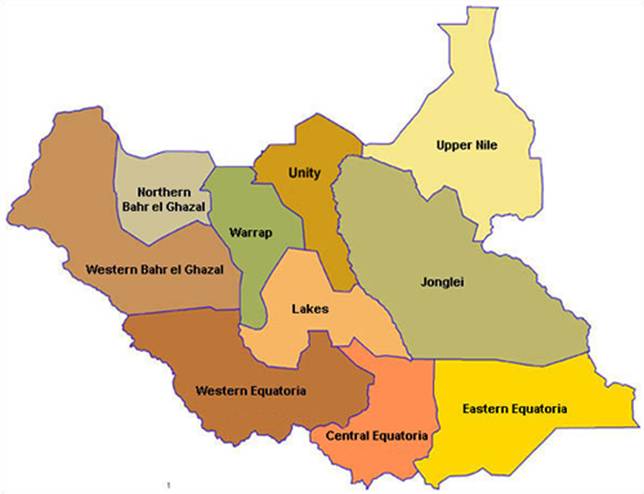 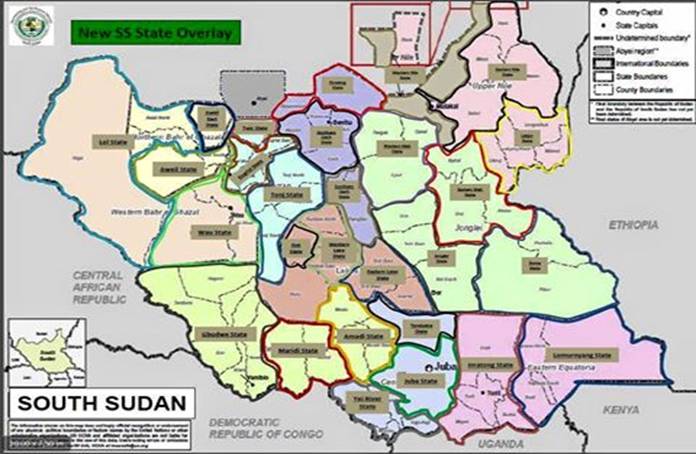 In Volume 17 of the African Development Perspectives Yearbook with the title Macroeconomic Policy Formation in Africa – Country Cases the Editors took up the event of the Independence of the Republic of South Sudan on July 9, 2011 and the recent developments which have occurred since in Sudan and in South Sudan and between these two countries to publish a special Unit as part of the Yearbook. This Unit 1 on New Economic Policies for Sudan and South Sudan - The Need for a Strategic Economic Cooperation has three chapters and highlights the need for new macroeconomic strategies and policies in Sudan and South Sudan embedded in a new political environment; there is also a focus on the many political and economic interdependencies between these two countries, especially in the border areas between Sudan and South Sudan.

The Editors were enthusiastically supported in this endeavor by research groups from the two countries. The authors of this Unit 1 are convinced that new macroeconomic policies (supported by medium-term and long-term development strategies) and a strategic economic and political co-operation between the two countries (based on visions of sustainable growth in the border areas) are necessary. So far, the political processes and the attitudes of the elites in these two countries show that the lessons from the many decades of conflict between and within these two countries were not learned. The civil war inside the South Sudan since December 2013 and the continuing conflicts in major regions of Sudan make millions of people in both countries suffering. While the data from the most recent National Baseline Household Survey of 2009 revealed high levels of poverty in both countries (see Graph 1 and Graph 2), it can be expected that income poverty and other dimensions of poverty in both countries have further worsened in the last years.

Graph 1: Poverty in the States of South Sudan (in % of the Population of these States) 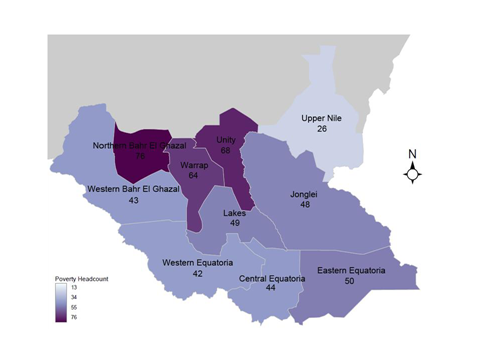 Graph 2: Poverty in the States of Sudan (in % of the Population of these States) 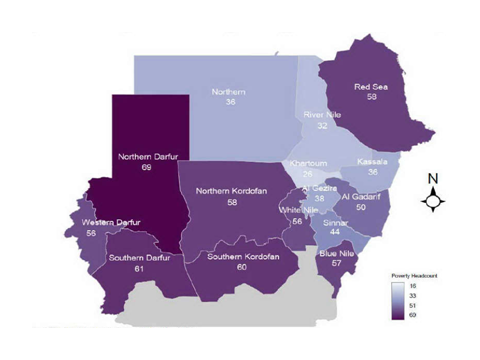 Volume 17 of the African Development Perspectives Yearbook contains as well a Unit 2 on Macroeconomic Policies in West Africa. Researchers from academic institutions in Nigeria and Senegal, and from WAMA (West African Monetary Agency) and WAMI (West African Monetary Institute) have contributed to this important Unit with four chapters. In order to compare and to contrast the established CFA-based WAEMU (West African Economic and Monetary Union) integration process with the newly established WAMZ (West African Monetary Zone) integration process, Senegal was included as a country case for the CFA Zone. In Unit 3 of Volume 17 a great number of book reviews and book notes is presented and so this Unit 3 is a valuable source of information on new books, journal issues, documents and research papers with a focus on macroeconomic policy formation in Africa. Volume 17 is complementary to Volume 16 on Macroeconomic Policy Formation in Africa – General Issues which was published already in 2013.

Because of the great number of high-quality submissions of papers for Volume 18 on Africa’s Progress in Regional and Global Economic Integration the International Call for Papers for this volume is closed now (but submissions of papers on successfully and competitively exporting African companies and on global and regional value chains led by African firms are still accepted).

The new study by Professor Karl Wohlmuth about comprehensive and sustainable economic reforms in Sudan and South Sudan has just been published in the SERG (Sudan Economy Research Group) Discussion Paper Series (see the link to the SERG Discussion Papers).