Professor Jelel Ezzine, President of the Tunisian Association for the Advancement of Science, Technology and Innovation (TAASTI), Ecole Nationale d'Ingénieurs de Tunis (ENIT), University of Tunis El-Manar (UTM), has invited the Research Group on African Development Perspectives Bremen to cooperate on the development of a Master Degree Programme in Engineering and Technology Policy (ETP) and on the establishment of an African Science, Technology and Innovation (STI) Policy Institute as well as on the creation of a Pan-African Innovation Ecosystem (PAIES). Tunisia's success of its economic transformation process is dependent on progress in making STI a major force of growth and development.

A Fact Finding Mission to Tunisia will take place in November 2014. Participants are three members of the Research Group on African Development Perspectives Bremen (Professor Hans-Heinrich Bass, Bremen; Professor Achim Gutowski, Hamburg; and Professor Karl Wohlmuth, Bremen) and from the Cultural Sciences Professor Dr. Cordula Weisskoeppel, University of Bremen. Also two young scientists from the University of Applied Sciences Bremen (from a research working group of Professor Bass) will participate as members of the team. The Fact Finding Mission will give the opportunity to study Tunisia's National Innovation System, to discuss with representatives of Tunisian government institutions and of Higher Education and STI institutions. There will also be time to discuss about the future cooperation with Professor Ezzine and his team. This first phase of the cooperation is financed by the DAAD. Professor Bass, University of Applied Sciences Bremen,  was the main applicant.  Further already scheduled programme components for 2015 are a STII Summer School in Bremen and a STII Research Conference in Tunis.

Professor Karl Wohlmuth from the University of Bremen presents a new research report on the "Africa Rising Story" being so influential at the moment (see the New Research Report). The author is interested to have comments which can be used for a new draft as the research report will be published in various versions.

The "Africa Rising Story" is the theme of the paper. A lot of myths are prevalent on African growth and development, and the international consulting companies play a role in this. Some of these myths are discussed in this paper on the basis of readings of major international consultancy reports, like McKinsey, PricewaterhouseCoopers, Roland Berger, The Boston Consulting Group, Ernst & Young, Bain & Company, ATKearney, KPMG, Deloitte, and many others. These international consultancy companies have a decisive influence on foreign investors in Africa, on multinationals doing business in Africa, but also on governments, on private local businesses in Africa, and, last but not least, also on donors who are engaged in Africa.

The intention of the paper is it to provide a frame for a more critical assessment of such reports as they are circulated all over the world press and are written so as to influence not only investors but also key political decision-makers.

Impact of Agricultural Foreign Aid on Agricultural Growth in Sub-Saharan Africa - An AGRODEP/IFPRI Study by Professor Reuben A. Alabi, Nigeria

Professor Alabi is also preparing a paper on foreign aid to Africa's agriculture for IWIM's Blue Series Discussion Papers (Link to http://www.iwim.uni-bremen.de/publikationen/pub-blue.htm ). Various of his former studies produced at IWIM in Bremen are available in the Blue Series Discussion Papers. Professor Alabi was recently invited to attend the high-level event German  African Cooperation in Education and Research/Africa Days of the BMBF (Bundesministerium für Bildung und Forschung/Federal Ministry of Education and Research) which took place in Berlin in March 2014 (see the Programme of the event as a PDF). Economics Professor Karl Wohlmuth and Agricultural Economics Professor Reuben A. Alabi prepare a research and development project on Solid Waste Management in Nigeria for environmental protection and production uses, with lessons derived from Germany's policies in this regard. Nigeria can learn a lot from the solid waste recycling policies in Germany and from the innovative recycling firms' activities in Germany.

The First Volume for the Year 1989: "Human Dimensions of Adjustment" as a theme of great Developmental Importance for Africa till now

The first volume for 1989 had the title "Human Dimensions Of Adjustment". At that time the major direction of discussions was how Africa could respond to the demands for effective economic stabilization. Mainstream economics had their recipes and proposed cures, but many critical observers of such strict economic stabilization policies and packages were skeptical. They emphasized a stabilization approach with social adjustment components associated to the economic stabilization package. The Research Group on African Development Perspectives joined the critical and skeptical voices. African critical and skeptical voices on the proposed mainstream stabilization packages were taken very serious by the members of the Research Group. In Volume One of the Yearbook the Khartoum Declaration Towards A Human-Focused Approach To Socio-Economic Recovery And Development In Africa was carefully analyzed and reprinted in full; it was considered as an expression of African voices. Experts from international organizations like UNICEF and ILO who were as well critical and skeptical towards mainstream adjustment packages for Africa as proposed from IMF and World Bank were invited to contribute to Volume One to present their alternative adjustment policies, but also other views on African Alternative Adjustment were presented.

The Structure of the Yearbook and the Philosophy Behind: Comprehensive Analyses towards the Identification of Successful Development Models

The structure of Volume One was more or less preserved over the years, sustained and improved. The Unit 1 (Part of the Yearbook) on the Khartoum Declaration was complemented by various supporting Units; major issues like the relevance of the UN Program for Africa, the upcoming ecological crisis in Africa and the perspectives of Africa's relations with the European Community, were discussed in Volume One. A further Unit was on Successful African Development Models; Botswana was already at that time considered as a successful development model but also Zimbabwe. Another Unit covered adjustment issues of Nigeria; already at that time there were demands on Nigeria to implement long-term development strategies and to manage the huge oil revenues properly. A Unit on African Non-Governmental Organizations and Local Development highlighted the critical role of NGOs and CSOs in Africa. There was also a Unit on Reviews and Book Notes and a Unit on Profiles, News and Information. Both Units brought the Research Group into contact with publishers, editors, universities and research institutions. So it was possible to find partners having similar ideas and beliefs  the network became strengthened.

This model (or philosophy) of the issues of the African Development Perspectives Yearbook was sustained over the 25 years. The Yearbook volumes have a major theme, are focused on issues debated hotly in Africa; more and more African experts, researchers and institutions are involved and do report on their research themes, their development projects and development programs. The Yearbook is organized in a manner that allows it to bring forth the core messages across various Units which are introduced by Unit Editors. The Yearbook contains documents of importance for the Africa region; declarations and statements by regional and international organizations, by NGOs and CSOs on Africa are reproduced. The Yearbook volumes contain a Unit on Reviews and Book Notes filled with specific studies by inviting those to send their material who have written on the particular Yearbook focus. A Network of Experts and Researchers and of Institutions and Organizations was built.

The Current Work and the Future of the African Development Perspectives Yearbook: Consolidating the International Network on Africa

To celebrate the event, the year 2014 has seen the publication of two volumes with the titles  Macroeconomic Policy Formation  General Issues and Macroeconomic Policy Formation  Country Cases. The interest in these two volumes is great as a new macroeconomic strategy for Africa was elaborated and tested for various country cases. Currently there is intensive work on the volume for 2015 with the title "Africa's Progress in Regional and Global Economic Integration" as the first drafts from the contributors are reviewed, corrected and revised. Many ideas for further issues are discussed among members of the Research Group. High on the Publication Agenda are issues of New Energy and Sustainable Development Policies in Africa after Fukushima and Science, Technology and Innovation Policies for Exploiting Leapfrogging Opportunities in Africa. The Scientific Coordinator of the Research Group is still Professor Emeritus Dr. Karl Wohlmuth, Professor of Comparative Economic Systems at Bremen University; the Managing Editor is Professor Dr. Tobias Knedlik, Professor of International Economics at Fulda University, and the Review Editor is Professor Dr. Achim Gutowski, Professor of Innovation and Change Management at the University Campus in Hamburg.

In Volume 17 of the African Development Perspectives Yearbook with the title Macroeconomic Policy Formation in Africa – Country Cases the Editors took up the event of the Independence of the Republic of South Sudan on July 9, 2011 to publish a special Unit on Sudan and South Sudan as part of the new Yearbook. This Unit 1 on New Economic Policies for Sudan and South Sudan - The Need for a Strategic Economic Cooperation highlights the need for new macroeconomic strategies and policies in Sudan and South Sudan. The Editors were supported by research groups from the two countries. The authors of this Unit 1 are convinced that new macroeconomic policies (supported by medium-term and long-term development strategies) and a strategic economic and political co-operation between the two countries (based on visions of sustainable growth in the border areas) are necessary for Sudan and South Sudan to reach peace and development.

In Unit 3 of Volume 17 a great number of book reviews and book notes are presented and so this Unit 3 is a valuable source of information on new books, journal issues, documents and research papers with a focus on macroeconomic policy formation in Africa. The Unit 3 gives access to a great number of economic reports on Africa economies. Volume 17 is complementary to Volume 16 on Macroeconomic Policy Formation in Africa – General Issues which presents a new macroeconomic strategy for Africa (see the short description of the contents of volume 17 on the back cover of the book). 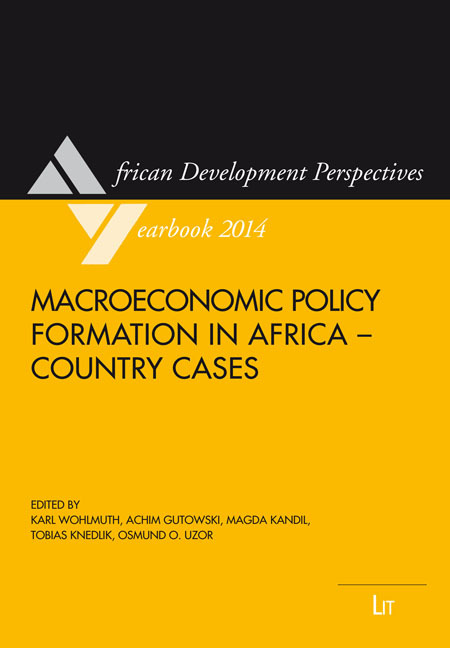 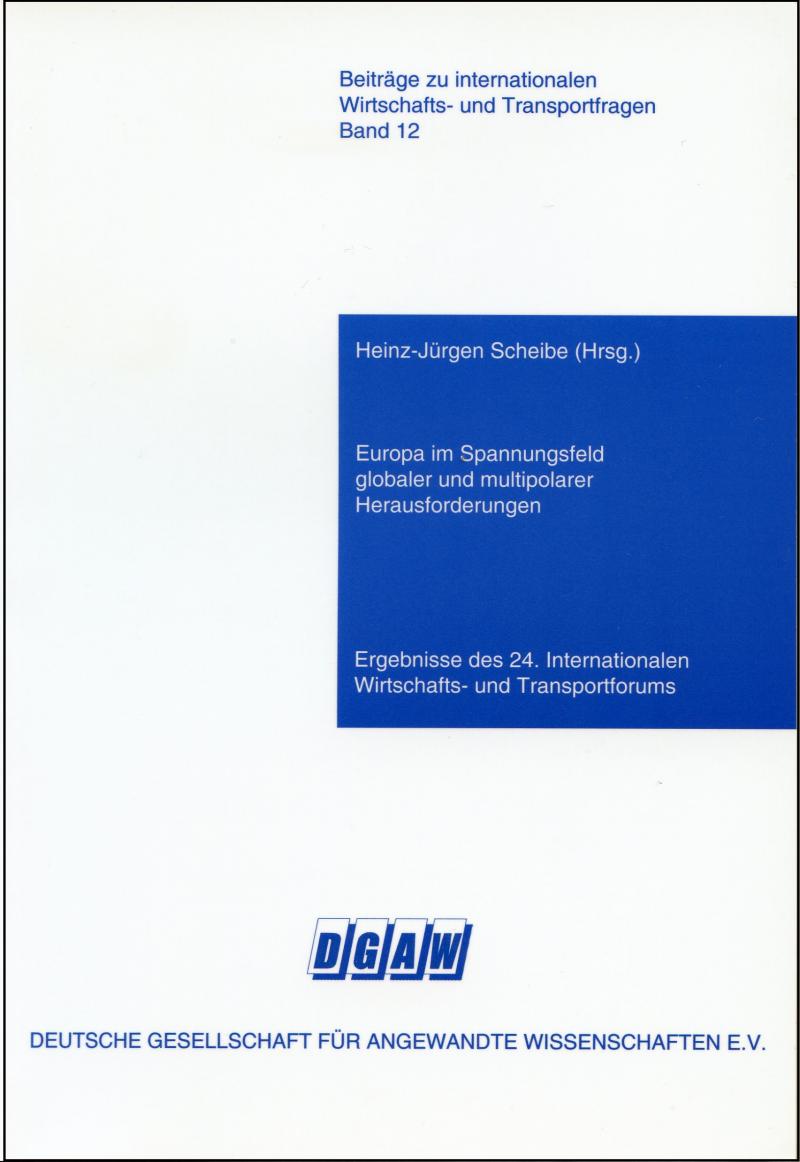